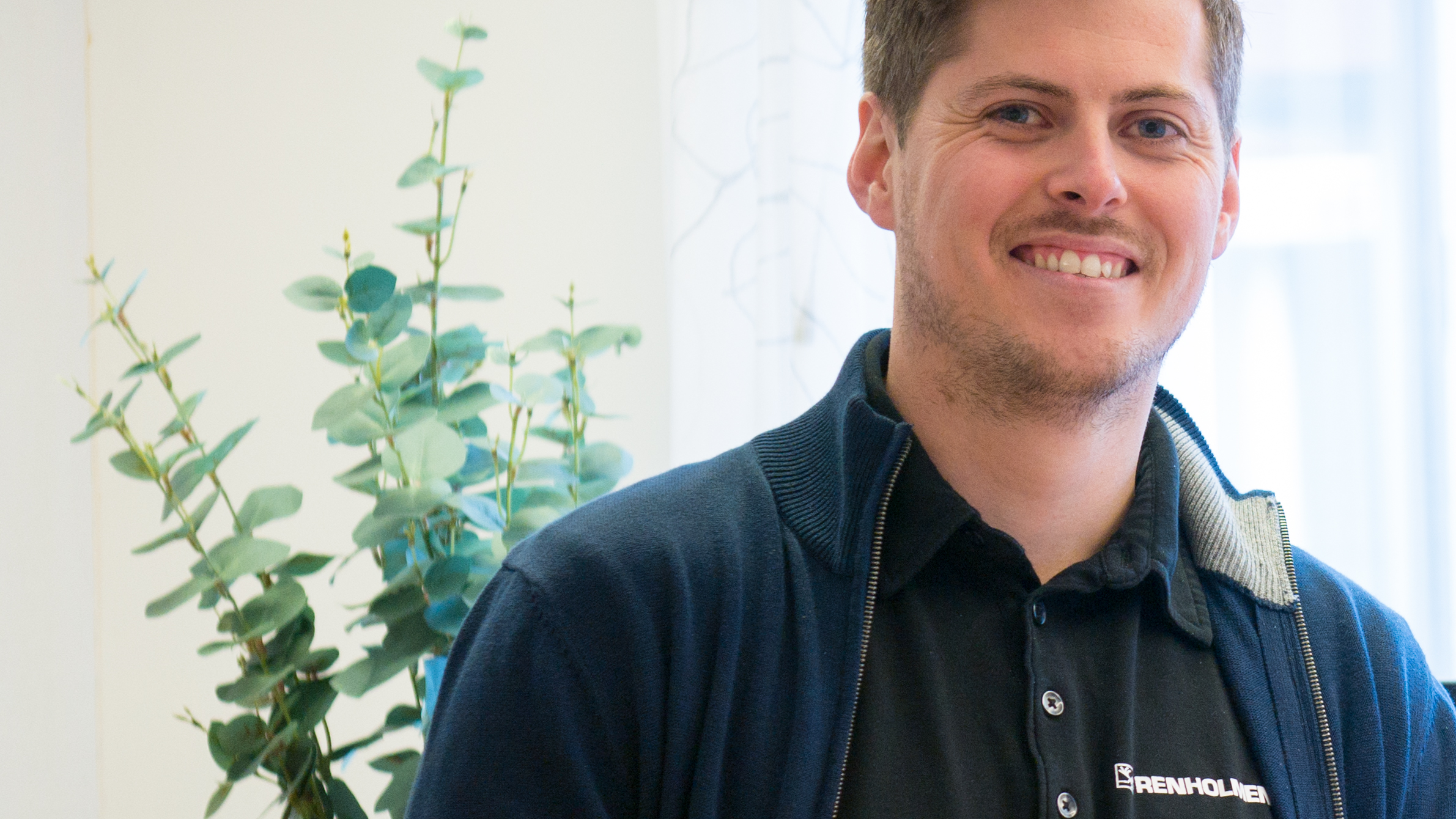 For four years, Erik Lundmark has worked as an Automation Technician at Renholmen. Since mid-September, he took over the role of Automation Manager.

– It was attractive to work with problem solving in an environment that is characterized by new thinking and innovation. But also, to work with people, product development and follow up projects, says Erik Lundmark.

He is already incorporated into Renholmen’s working methods and structure. As an Automation Technician, he has worked with both existing and completely new facilities, primarily with programming and commissioning of the company’s machines, as well as support and service for existing customers. He has also had time for some electrical construction work.

– Since I have worked with all parts, I have insight and understanding of the different working methods. In this way, I can make us keep a common thread between the different parts of the projects.

As a manager, he wants to be supportive and responsive and have confidence in his colleagues.

– I want to make my employees feel involved in the company and want to encourage initiative. You should be able to experiment and try new things.

– Then there are challenges such as being able to use the knowledge and creativity that each colleague possesses and be able to spread it between us.

Right now, the industry for the sawmill industry is hot and a lot is happening, especially in the automation side.

– We are a small organization, which strengthens the friendship, and it allows us to work close to each other and preferably across different areas within the automation department.

Now Erik has worked for a few weeks in his new role and finds it both exciting and challenging.

– Renholmen is on the rise. We have many exciting projects underway, both in existing and new large facilities. Exciting times!

We design and deliver high-tech machines with automated solutions for lumber handling in projects, and provide service, upgrades and spare parts. Renholmen AB started in 1952 and is part of the ARA Technology Group, which is owned by Storskogen AB.

You can find out more about which cookies we are using or switch them off in settings.

This website uses cookies so that we can provide you with the best user experience possible. Cookie information is stored in your browser and performs functions such as recognising you when you return to our website and helping our team to understand which sections of the website you find most interesting and useful.

Strictly Necessary Cookie should be enabled at all times so that we can save your preferences for cookie settings.

If you disable this cookie, we will not be able to save your preferences. This means that every time you visit this website you will need to enable or disable cookies again.

This website uses Google Analytics to collect anonymous information such as the number of visitors to the site, and the most popular pages.

Please enable Strictly Necessary Cookies first so that we can save your preferences!