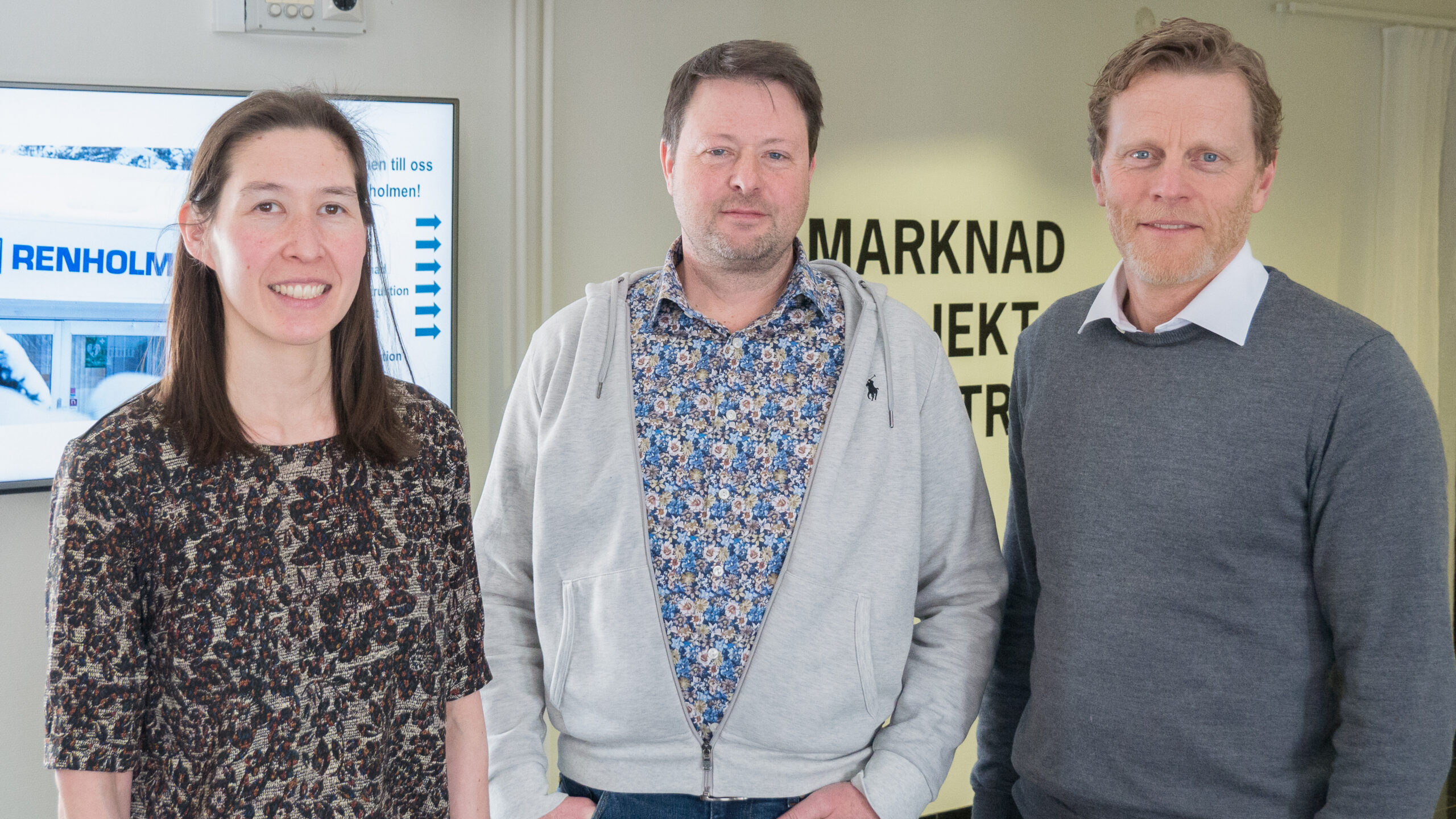 Since the spring of 2018, Per Jonsson has been CEO of Renholmen AB. Now he is moving on to a new role within the listed Storskogen.

– It has been fantastic to be part of the journey Renholmen has made in recent years. It is of course mixed feelings to leave the CEO job, but it is incredibly honorable to be asked to lead the development work in ARAT Group and that assignment felt very interesting, says Per Jonsson.

Per Jonsson has worked at Renholmen since 2016 as a Project Manager before taking over as CEO in the spring of 2018. During his leadership, the company has increased the number of employees from 38 to 57 and has also increased sales more than three times to over 300 million with greatly increased profitability.

He is now moving on to new assignments as CEO of ARAT Group, the group in which Renholmen is a part and is owned by listed Storskogen. In his new role, he will be responsible for further development of the companies within the ARAT Group, which currently consists of Renholmen, Almab, AriVislanda, Ingenjörsfirma Gösta Hedlund and Milltech. Per joins all the companies as Chairman of the Board.

Storskogen believes that the companies within the ARAT Group can develop further and create more growth. When a CEO for this group was to be appointed, the choice fell on Renholmen’s CEO Per Jonsson.

– Per has industry and business skills and leadership qualities that we like. He has made this trip in Renholmen and for us he was a perfect choice, says Patrik Klerck, Investment Director Automation at Storskogen.

Per Jonsson has taken on the new role and Renholmen will seek a replacement. He will remain as CEO until the new replacement has taken office. In the future, he will stay in the company as Chairman of the Board.

We design and deliver high-tech machines with automated solutions for lumber handling in projects, and provide service, upgrades and spare parts. Renholmen AB started in 1952 and is part of the ARA Technology Group, which is owned by Storskogen AB.

We have certification in sustainability and work actively in the area.

You can find out more about which cookies we are using or switch them off in settings.

This website uses cookies so that we can provide you with the best user experience possible. Cookie information is stored in your browser and performs functions such as recognising you when you return to our website and helping our team to understand which sections of the website you find most interesting and useful.

Strictly Necessary Cookie should be enabled at all times so that we can save your preferences for cookie settings.

If you disable this cookie, we will not be able to save your preferences. This means that every time you visit this website you will need to enable or disable cookies again.

This website uses Google Analytics to collect anonymous information such as the number of visitors to the site, and the most popular pages.

Please enable Strictly Necessary Cookies first so that we can save your preferences!